Follow the below steps to get started with Google Opinion Rewards.

Surveys will be available at least once in a fortnight and may vary based on Google Account. Whenever a survey is available you’ll be notified about the same.

In a nutshell, complete short surveys while standing in line, or waiting for a subway. Get rewarded with Google Play credit for each one you complete. Topics can include everything from opinion polls, to hotel reviews, to merchant satisfaction surveys. 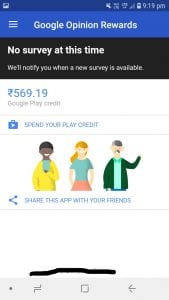 That’s it guys, the earned Play credits can be redeemed for purchasing premium apps and other in-app purchases on Google Play Store.

How Much Would You like to Rate our work?
Read Also  (Live again-proof ) Wealthfund Offer loot – Register and Get Rs 20 Paytm Cash and Refer to earn upto Rs.1500(Proof Added)+Free Movie tickets 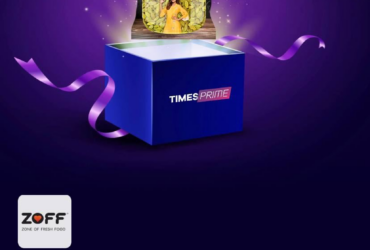 Get Free 100gm Zoff Raisins If you are a Timesprime Customer. This offer is for ...

Top Cricket Coaches in the World

If you want to learn any game the best, you need a mentor or sensei ...